Police in the Ashanti Region have arrested three young men believed to have taken part in an alleged gang rape of a teenage girl, a video of which has gone viral on social media.

The police were alerted to the assault after the video began circulating on social media with the young men taking turns to rape the teenager. A source says about 7 men forcibly had sex with the girl but only 4 were seen in the video. Three of the men whose faces showed in the video have been identified and arrested. 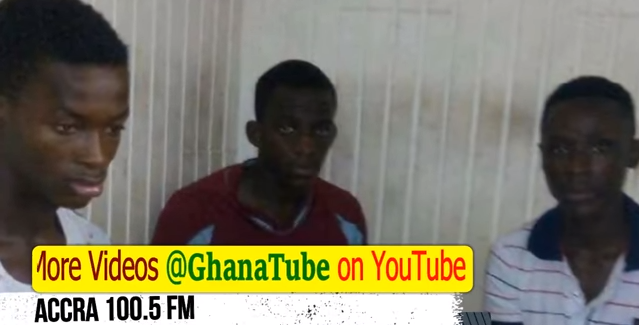 The Domestic Violence and Victim Support Unit (DOVVSU) of the Ashanti Regional Police Command has invited the teenage victim to assist in investigations. The victim was reportedly also taken to the Komfo Anokye Teaching Hospital for medical examination. The incident occurred at Bantama in Kumasi.

Speaking to Citi News, Assembly Member for the Bantama Electoral area, Kwame Ofori, asked the Police to bring the culprits to book in order to serve as a deterrent to others.

“It is true that the incident occurred, and as the Assembly man, I urge various stakeholders not to take this issue lightly. I am very shocked by this incident because I never thought it could happen. I am following up on this case keenly. I urge the Police Service to take up this matter and thoroughly investigate it. The punishment handed out to the culprits should serve as a deterrent to others.”

The Police say they are on a manhunt to arrest other members of the gang, while investigation into the incident continues.

Pastor EA Adeboye Reacts To The Rape And Murder Of UNIBEN Student, Uwa Omozuwa, In One Of The Branches Of His Church

VIDEO | Sinach – All Things Are Ready

‘All I want is birthday s*x’ – Nollywood Actress, Joke Jigan Cries Out On...

“I will be giving out N5 million on my birthday” – Tonto Dikeh Promise...

Don’t Be Afraid To Start From The Bottom, There’s A Lot Of People Pretending...

Elvis - May 31, 2020
We provide you with the latest breaking news and videos straight from the entertainment industry.
Contact us: latestnaija@yahoo.com

Pastor EA Adeboye Reacts To The Rape And Murder Of UNIBEN...