The News Agency of Nigeria gathered that the judge died in Anyigba on December 31, 2017 at about 11:40pm during a watch night service to 2018.

According to a reliable source close to the family, Akogu, who had vowed not to sleep before the cross-over to 2018, was not sick, nor did he show any symptoms of ill health.

His wife, Vicky, who confirmed the death, said the late judge and a one-time Director of Public Prosecution in the state, was hale and hearty before his sudden death.

She said that she watched her husband’s death like a movie and could hardly believe it.

Commenting on the incident from Akogu family house in Idah, the Chief Registrar of the State High Court, Yahaya Ademu, said the body had been deposited at the Grimmard Hospital Mortuary, Anyigba.The late judge, in his late 50s, was until his death, handling the case of an attempted assassination of Melaye.

NAN reports that the Ijumu Local Government Administrator, Taofiq Isah, and four others are being tried in the matter. 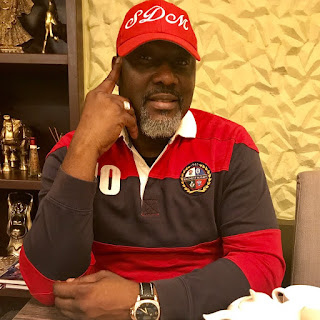 ”Love of my life” – Adekunle Gold Gushes Over Simi’s First Photo Since She Had Their First Child, Adejare

”Love of my life” – Adekunle Gold Gushes Over Simi’s First Photo Since She...

South African Rapper AKA Announces He Has COVID-19

“Your Mama No Give You food?” Fans React As Rema Shares New Photo

“I Plan To Put Up a Vigorous Defense To Get Him Out Of The...

“Until There’s A Bigger/Successful Disqualified Housemate From BBN, I Don’t Want To Hear Pim”...

Elvis - July 9, 2020
We provide you with the latest breaking news and videos straight from the entertainment industry.
Contact us: latestnaija@yahoo.com

”Love of my life” – Adekunle Gold Gushes Over Simi’s First...