Former Barcelona Goalkeeper Victor Valdes has retired from football after suffering from a club-drought for more than 6 months. Valdes, 35, has not played for any football club since he left Middlesbrough last May.

He however had been getting offers from different clubs across Europe to continue his career, but the showstopper rejected all offers. And in what seemed to be an unexpected turn, he announced on social media he was hanging up his gloves

Victor Valdes posted a picture of a road accompanied with the caption: “thanks for everything.” 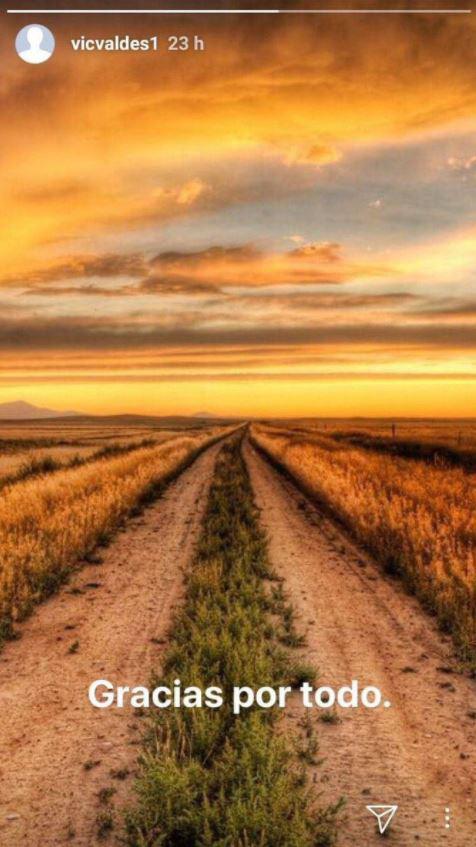 Back in 2015 Valdes mentioned in an interview that he will delete his entire social media accounts the moment he retires from football to allow him focus on his family.

Bribe-seeking Police Officers Run For Their Lives As Fed-up Driver Speeds Past Them In Badagry, Lagos (Video)

Elvis - May 28, 2020 0
Controversial reality star, Natacha Akide otherwise known as Tacha is one who always serves it hot for her haters and she never misses an...

Tekashi 6ix9ine Still Has No Regrets In Testifying Against Shotti And...

VIDEO | Sinach – All Things Are Ready

If Your Stomach Is Too Flat, You Can’t Tie Wrapper – Cee-C’s Stepmom Tells...

Davido Set To Move To His Dream House With An Elevator In Banana Island,...

Revealed : Bobrisky Was Arrested Over A N30m Deal

Simi And Adekunle Gold Reportedly Welcome Baby In The US

Yummy Mummy! BamBam Stuns Fans With “thick” New Photo Of Herself… But People Are...

“I Wrote An Album For P-Square, They Made Over $1million And Gave Me Only...

Elvis - May 28, 2020
We provide you with the latest breaking news and videos straight from the entertainment industry.
Contact us: latestnaija@yahoo.com

Man butchers his twin brother During A Fight Over Girlfriend In...