Leader of the Roman Catholic Church, Pope Francis, has called for international scientific cooperation so that every country of the world will benefit from a Coronavirus vaccine when it is made. 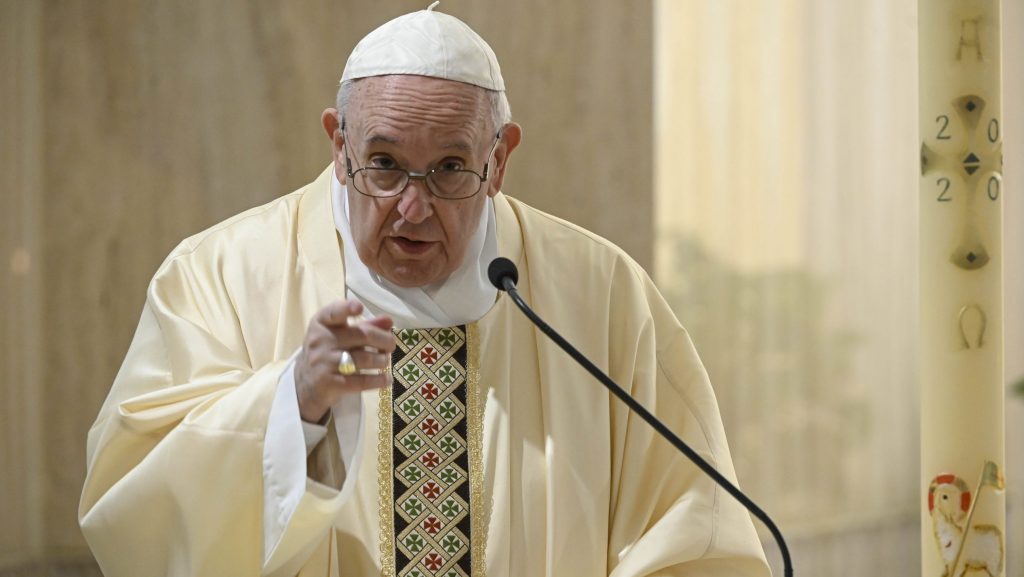 The Pope who was speaking from the papal library at the Vatican while delivering his Sunday service address today, said any successful vaccine developed should be made available around the world to benefit all of humanity.

Pope Francis also thanked all those around the world, providing essential services.

“In fact, it is important to unite scientific capabilities, in a transparent and impartial way to find vaccines and treatments,” he said.

”It is also important to guarantee universal access to essential technologies that allow each infected person, in every part of the world, to receive the necessary medical treatment.”

Recall that World leaders pledged in April to accelerate work on tests, drugs and vaccines against the disease and share their findings, but the United States did not take part in the launch of the World Health Organization (WHO) initiative after Trump announced he was halting funds to the WHO over what his administration feels was the agency’s pandering to China.

“A Real One For Life” – Regina Daniels Praises Ex Boyfriend,...

Elvis - December 3, 2020 0
Nollywood actress and billionaire wife, Regina Daniels has shown gratitude to her ex boyfriend, Somadina for being a “real one”. The mother of one took...

I Married Regina In 3 weeks, She Jmnows I’ll Marry Again...

Reno Omokri Replies Man Who Insinuated That There Are No More...

Burna Boy Reacts Amidst Cheating Rumour With A “bootylicious” Side Chic

Duncan Mighty Exposes Wife, Vivien For Allegedly Plotting With Her Mother And Family To...

“Erica Met Davido But Davido No Send Am” – Nigerians Drag Erica After Davido...

“Wahala for who get fame And No Money” – Kaisha Throws Shade

Nengi Thanks Davido For Featuring Her In His New Music Video

Elvis - December 3, 2020
We provide you with the latest breaking news and videos straight from the entertainment industry.
Contact us: [email protected]